Presentation slides of a seminar given at Mt. Stromlo Observatory, in Canberra, Australia. 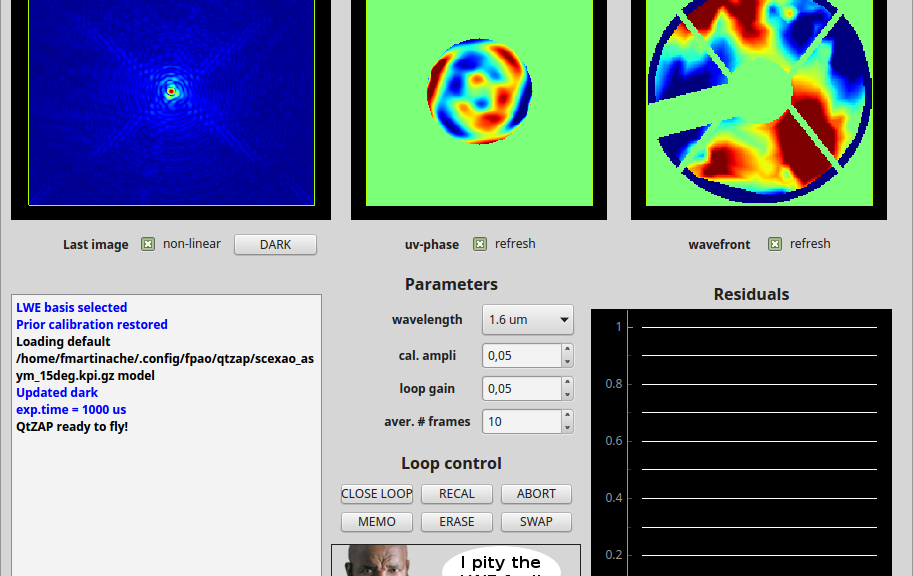 One of the pillars on which the KERNEL project rests is a data processing pipeline that aims at being as versatile and portable as possible, for general astrophysics purposes as well as for metrology. The maintenance of this tool is one of the tasks listed among the work packages that make up the bulk of the KERNEL project. Since the idea is to make the pipeline available to the community at large, it was decided to host the source code on an open access repository on GitHub. The new package is called XARA, an acronym that stands for eXtreme Angular Resolution Astronomy, and can be downloaded right here. This package is an evolution of a previous incarnation called PYSCO (Python Self-Calibrating Observables), that was hosted on the now defunct Google Code platform. The most notable difference is that it is properly packaged and can be installed, so that its classes and functions can be called from anywhere in your python scripts.

It is accompanied by a convenient simulation package of eXtreme Adaptive Optics (XAO) astutely called XAOSIM and also made available on GitHub. Keep in mind that both are work in progress, that will be regularly updated over the course of the KERNEL project, as features are added and bugs are accounted for, so always check for the latest update of these tools before using them!

Every good project needs a good logo. KERNEL now therefore has one: it was realized by my brother, Wilfried Martinache, who’s training to become a professional graphic designer. Check out his website: thebigbluebear.net. I think the logo is pretty neat, as it suggests that the stuff that really matters, at the heart of things (ie. the kernel!), may be invisible although it influences everything around it! 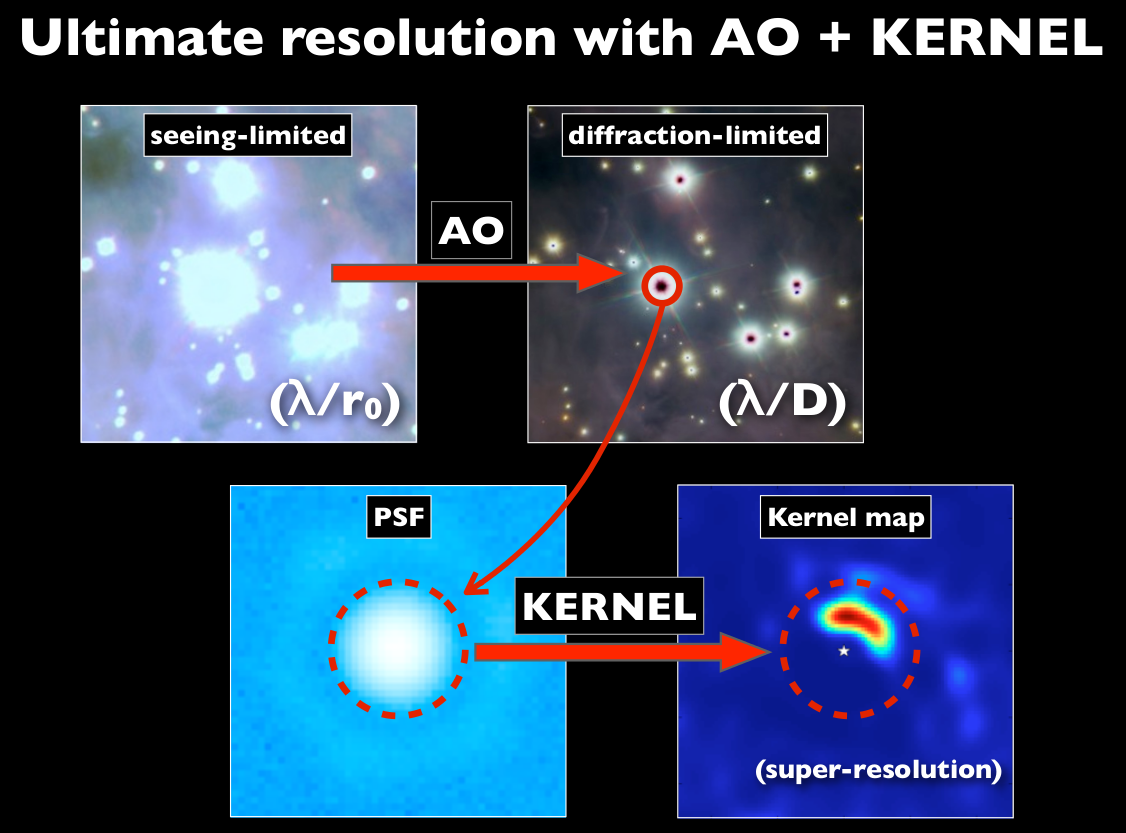 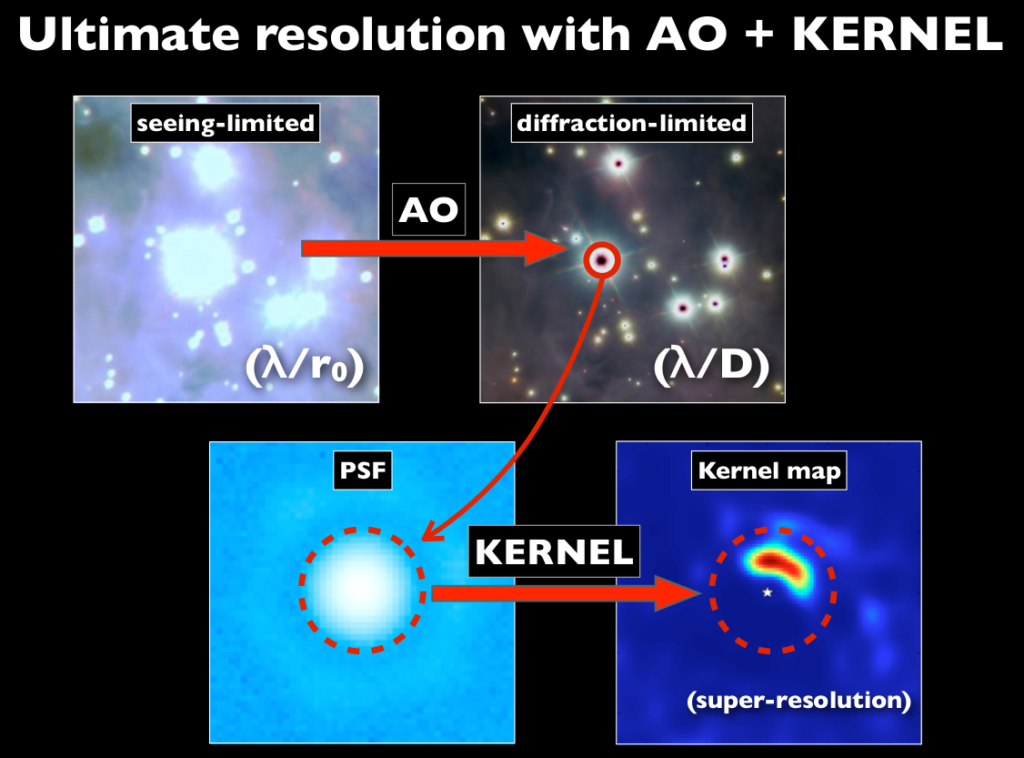